Technical debt in eCommerce – a silent killer of the revenue

Technical debt can be a silent killer, and it could lead to severe consequences for eCommerce businesses. Budget loss and slow-motion may be the signs of non-resolved tech problems. If these problems increase over time, there is a real risk of falling into technical debt. Introducing changes in the project’s initial phase is affordable and relatively inexpensive, but the later a company realizes it has a problem, the greater the cost.

This article explains the definition of technical debt, how to avoid it (whether a business can avoid it at all), and why software support and futureproofing can help create viable eCommerce companies.

What is technical debt?

The concept of software and technology debt appeared as early as the 1980s. However, Ward Cunningham – the man behind The Manifesto for Agile Software Development, introduced this concept in 1992 as a technology and software component. He has described the concept of technical debt as follows:

When a software vendor needs to make a product delivery on time, they should make a compromise between its code quality and its functionality. Product development strategy demands continued effort because the “old” and “new” concepts may not be compatible.

Technical debt in IT systems can be compared to an old car. From time to time, something breaks down, and the only change you may introduce is spending money on the repair (so you can’t “update” your car [system]).  Sometimes it just feels best to move away from your old vehicle (system) in favor of a new, leased car. Ultimately, the cost needed to repair your old car may be the new car’s installment cost.

In the longer term, technical debt may lead to:

What is technical debt in the context of eCommerce?

Complications that appear in outdated systems make implementing new solutions more expensive. If you try to “reanimate” old solutions, it may turn out that many bugs and bottlenecks appear. It will cause a situation that projects will exceed the budget and will not be delivered on time. Sometimes, it may be cheaper to choose another solution (e.g. eCommerce platform).

McKinsey conducted research among the directors of IT departments in companies providing financial and technological services. The annual revenue of those companies was greater than or equal to $ 1 billion.

The survey shows that 10-20% of the technology budget allocated to new products is used to solve technical debt problems. Even more worryingly, CIOs have estimated that technology debt is between 20-40% of the value of all their technology assets before depreciation. It translates into hundreds of millions of dollars in outstanding debt for larger organizations.

60% of those polled believe that their organization’s technical debt has increased significantly over the past three years.

Technical debt is a part of software development, but it can be at different levels – when it doesn’t interfere with work, it is assumed that it doesn’t exist.

Why is eCommerce vulnerable to technical debt?

eCommerce projects use many open-source and other packages (which may be in different standards and quality – e.g. different libraries and packages that are not updated). It is worth checking if each product/vendor is safe by using CVE vulnerability data.

Examples of implementations related to the technical debt:

For companies that do not have appropriate customer behavior analytics in place, it’s hard to tell how much money is actually being lost.

However, there are situations in which technical debt is not an obstacle to running a business. What’s more – a company doesn’t even have to reduce technical debt. For example, WooCommerce (which is burdened with technical debt from the very beginning) is an excellent solution for someone who does not need to rummage in sources and fix the world but only wants a ready-made solution that will just work and handle essential events.

Where does it come from?

There are many reasons for its formation; some of the most common are presented below:

To examine, if you are struggling with technical debt in your system, you may want to think about those questions:

Most of the affirmative answers to the above questions may signal change.

The consequences of having technical debt, in general, may lead to:

Technical debt can happen for different reasons during software development so it can have many faces. We have highlighted four possible types of technical debt below.

Software entropy, also called bit-rot, occurs over time when the quality of the software progressively declines to result in unusability, errors, or required updates. It slowly degrades software performance over time or increases its response time, eventually leading to increased software bugs, unusability, and the need to update.

Unavoidable debts arise due to businesses changes and technological advancements that offer better solutions over the years. Usually, it occurs if unplanned modifications are requested during a planned project, resulting in a direct cost. Technical debt arises when a business’s requirements influence the obsolete code.

It arises from the consequences of interpersonal relationships, such as poor communications within an organization miscommunication between the developers/operational team/managers.

When should you pay more attention?

When ‘good enough’ strive for perfection

Developers are always forced to balance their work ethic and the fact they need the highest quality code to produce a successful application. Clean code helps make the next iteration and improvement easier to implement. However, deadlines and limited resources often cause constraints in the development.

How to prevent technical debt?

First of all, you need to be aware of such a problem from the very beginning. Then, knowing the consequences, it is worth planning the project correctly to avoid the accumulation of errors. So what can you do?

Want to know more about Sylius?

Choosing a solution “without technical debt”, gives no guarantee that it will not affect business. You have to take care that you can select the right people.

Are you looking for an eCommerce solution that will not limit business development?

How to cope when you deal with technical debt?

In some cases, it is not necessary to rewrite the entire application from the very beginning. However, if you want such a solution, it is worth considering it carefully, considering the costs and time necessary for its implementation. However, it is best to analyze the problem at the initial stage and see where the most errors appear. At this point, the aforementioned code review can be beneficial, as it will allow for a comprehensive audit of the written code and identify the most problematic areas.

It might be a good idea to break your application down into logical smaller parts that will be refactored separately. Then, after isolating them, it is worth analyzing the possibilities of improving the situation. Depending on the design, some parts of the application can be rewritten and in others, the necessary corrections can be implemented step-by-step in strategic places.

When is it worth trying to fight/How to fight

When is it not worth trying to fight

Examples of technical debt based on popular open-source projects

To sum up, the appropriate work of the team and awareness of the consequences of technical debt allows you to fight this problem and minimize the resulting debt effectively. Of course, it usually takes time and requires the right plan, but the benefits of getting rid of your debt will be precious for your business.

If you need a consultation on the topic covered in this article and want to take your project straight, please get in touch with us – we will advise you on choosing the best solutions. 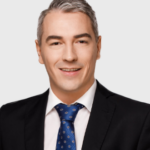 Back to blog page